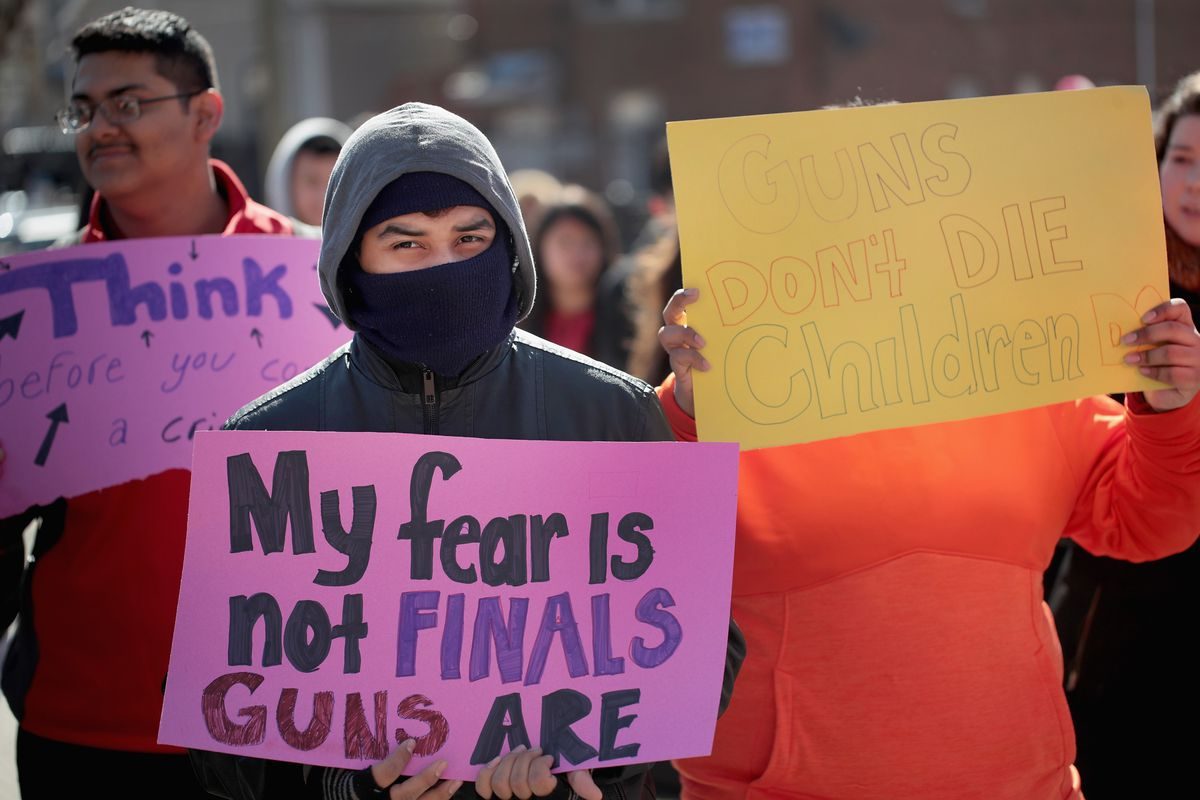 Today I looked at pictures of people marching all across the country supporting kids. With posters, talking about gun violence, discussing (essentially) children/youth rights. The right to exist. And I saw (and have seen a lot of people so amazed that young people can be “so eloquent” and “so together” and “so activist.”

And these children that you spit on
As they try to change their worlds
Are immune to your consultations
They’re quite aware of what they’re goin’ through,

I was a child activist. I did HIV/AIDS education throughout my teen years. Everyone thought I was SO AMAZING. I didn’t feel amazing. I felt like people I knew were dying. I felt like when I got to high school, and my friends (or myself) were going to become sexually active, death was going to be part of the equation if I didn’t do something about it before I got there. There wasn’t an option for me.

Children aren’t stupid. These marches are great, please don’t stop them, the kids are the CENTER OF THEM! But the way that everyone is treating these highly smart, HIGHLY NORMAL, teenagers is fucking infuriating. I was doing marching and activism in the 1990s and my mom was getting lauded for having such a “bright and socially aware” daughter. And I’m not saying that I’m not an awesome smartypants. I am an awesome smartypants. But there were plenty of other teens who were doing it by my side. I was part of a group of teens who went and spoke in schools to other teens about how to prevent each other from getting infected.

Through the years, I’ve ALWAYS known children and young adults like this. Getting shot should not be a catalyst for change anymore than getting raped or harassed should be the force to make large organizations stand up and say, “Oh shit-we need to do something!”

Children and young adults should ALWAYS be listened to and they very rarely are. Because they have hormones or they are emotional or they are going through the really sucky fucked up issues of growing up. But fam- listen to your kids. Listen to your friends’ kids. At all ages. And don’t be shocked or surprised or OMGWTFBBQ when they spout Real Knowledge and Truth. They see everything much clearer than “Adults” do. The passions are real with them.

Now all of you: go listen to Whitney Houston sing “Greatest Love of All” UNIRONICALLY. This is your homework for today.