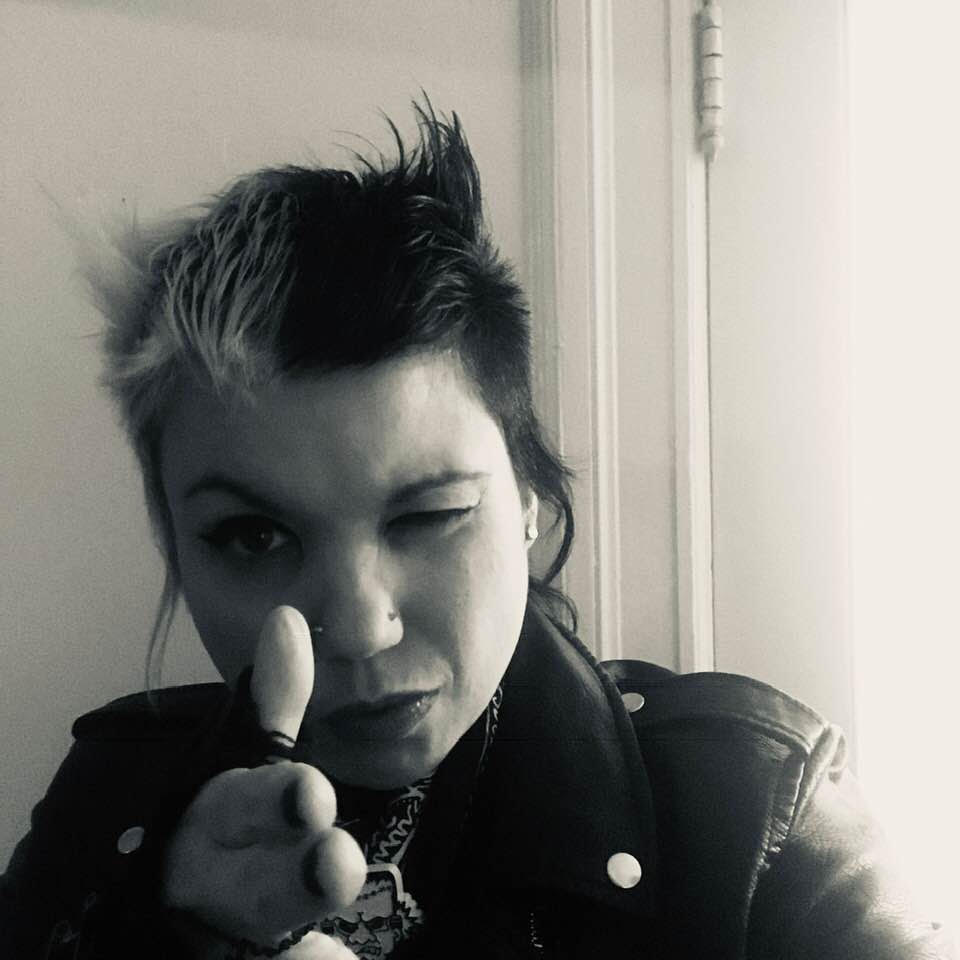 So very excited to welcome my excellent colleague and friend Heather Buckley to Archivist’s Alley. Not only is she a successful horror film producer but she is a writer, historian and dedicated preservationist who works with a variety of film distribution companies to create additional features on the home releases of various genre films.

I am so thrilled to know her and to be able to have her on the show to discuss issues of genre, collecting and archival work as well as what access means within the world of these valuable materials. Our discussion runs the gamut from her own film productions to exploring our feelings about westerns and masculinity to why genre and “b-films” are just as worthy of preservation and archival treatment as any arthouse or classic silent work.

Dive on in! As usual, the bio and links are below the episode and I HIGHLY SUGGEST checking them out!! There is a LOT of great stuff to read there!!!!

Heather Buckley – Producer |  NYC/NJ/LA- is a graduate of University of the Arts with a graphic design degree and an academic focus on film history and criticism. She worked for thirteen years in the New York advertising world before bringing her creative and story skills into the film world.
The first feature she produced, Jenn Wexler’s THE RANGER, for Glass Eye Pix and Hood River Entertainment, premiered at SXSW and played numerous festivals on an international run before its limited theatrical release in NYC and LA. THE RANGER was acquired by SHUDDER and is currently available on its streaming platform as well as Amazon Prime.  Heather’s work as a film analyst and journalist spans over a decade, with bylines in VULTURE, DREAD CENTRAL and FANGORIA. Her background in SFX work includes: CIRCUS OF THE DEAD, DEAD STILL (SyFy/Sony) and WE ARE STILL HERE (MPI).
She is currently a Blu-Ray Special Features Producer having created documentaries for Kino Lorber, Liongate/Vestron, Arrow Films and Shout Factory releases including JOHN CARPENTER’S THE THING, BARTON FINK, THE LONG RIDERS, SAW 10th Anniversary reissue, and ARMY OF DARKNESS.
Heather’s background buoyed the marketing on THE RANGER, where Heather took the creative lead on grass roots engagement and social media campaigns.
Heather’s current feature slate includes projects from auteurs that span the spectrum of genre film, exemplary of her attraction to unique stories with strong, detailed visual aesthetics and a clear position in the marketplace.