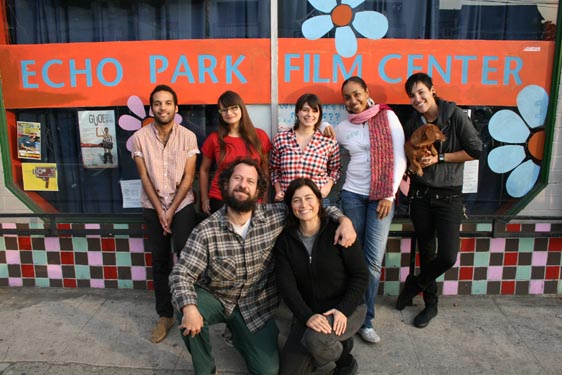 I have no qualms about saying that I am 100% in favor of the Echo Park Film Center in every which way possible.

Paolo and Lisa are two of the most amazing people I know.

It’s hard to really put into words how much I love them and the Echo Park Film Center because I would probably end up going on forever and then you would never listen to the episode and I think I want the episode (and them) to speak for themselves.

In 2018 Los Angeles, it is exceptionally difficult to create a space where community and joy in learning is the primary goal. But Paolo and Lisa have done this thing. Their staff is beyond amazing. The entirety of the Echo Park Film Center is magical.

It is a place that, in this day and age, somehow continues to exist and that gives me so much hope. Lisa and Paolo give me hope. They teach children, teenagers, old folx. Their client base is so varied it would (and should) make your head spin.

If you are not local to LA but you get here every so often….make a bee line to EPFC.

If you live here and have never been, OMFG, GO!!!

Thanks again, Lisa & Paolo, for doing this episode. You always make me feel like a million bucks when I am in your presence!

Lisa Marr and Paolo Davanzo are filmmakers, media arts educators, and community cinema activists whose work is a catalyst for creative collaboration and positive social change. Originally from Canada and Italy respectively, they currently work and live in Los Angeles, where they help run the Echo Park Film Center, a non-profit community media space that has been providing equal, affordable access to film/video education and resources since 2001. In 2008, they launched the EPFC Filmmobile, an old school bus transformed into an eco-friendly cinema and film school on wheels. As The Here & Now, Marr and Davanzo travel the world, making and sharing handmade films and music with everybody.
http://www.echoparkfilmcenter.org
https://sellyourtvandcometothecinema.org